Have you considered what Success is and what it isn’t?

I have worked, in my career, for men who were considered millionaires. Two of my previous employers were men who started from humble beginnings. Through hard work and good decisions they were able to grow their businesses to a level where their hard work paid off and they became financially well off. They were good examples of rags to riches and both of them had the same habits and mindset which enabled them to persist and pursue until they became millionaires.

Is becoming a millionaire a sign of success? Sure it is, but it took a lot of good decisions and hard work along with diligence in savings to amass that amount of money. To become a millionaire it takes a lot of small successes in many other things.

For years I had the idea that I wanted to be an author of this very type of article that you are reading right now. I have always carried a small notebook and written down ideas and notes on what it takes to succeed in any endeavor that a person desires to enter. Then a few years ago, I sat down and created this site, ThePowerOfPositiveSpeaking.com. The hard part of any endeavor is the Start-Up. We all have dreams of what we want, ideas of great things we wish to do, many of us even have blueprints or plans in our head. My Mentor Zig Ziglar said that Goals without written down plans are only dreams. 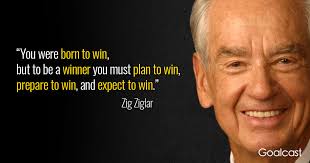 Many of you know for years I was one of the Leading Photographers in Southwest Virginia. I began as a young man just enjoying taking photographs and then had a desire to increase my hobby to one that would sustain itself. I sat down one day and wrote a business plan to become a School Photographer. I did this for several years and had 5 school contracts. I didn’t just fall into the business, I had to work at it with many small successes. Many Small Wins Lead To Big Success. Napoleon Hill is quoted as saying, “Our only limitations are those we set up in our minds.” To be a success at anything it is imperative that you have a goal in your mind. That goal becomes reality when you write it down.
My Father in Law has carried a blueprint in his wallet for many years of a business that he created, the structure that he built and the idea that was in his mind. He is proud of that little piece of napkin that his idea took seed in.
Are you a dreamer or a doer.

To be a success, you have to be a doer.

Doing things, even small things progressively will get you from Start to Finish.

Everyone of those Millionaires that I spoke about started with an idea. Everyone of them started with a goal written down and a desire to complete that goal. Then everyday that individual would work on the idea that would eventually get them to Success. Neither of them had the goal of becoming financially independent, each of them had the idea to have a business that they enjoyed and one they could make a living at.
I posted a note on Social Media of a little competition and asked the question on-line.
I started a poster with the words, “Tomorrows Success Is Determined By_________”.   The idea was to get others to participate in what they thought would be a good quote on success. I received many Great Quotes and some funny ones also. I appreciate each of these and hope that each one will know that I really considered their words of wisdom.

Many of those responded with words like Today’s Struggles or The Failures that we go through today. These are very appropriate ideas, not only appropriate but Necessary Examples of what we must go through to reach success. I don’t know anyone who was a success the very first time.

Babe Ruth, in 1923, broke the record for most home runs in a season but he also broke another record that year which was more strike outs than any other player in the Major Leagues. Babe Ruth wasn’t afraid to strike out or better yet, he wasn’t afraid to swing the bat.

We have to be bold enough to step to the plate, put the bat in our hand, face the ball coming our way, and swing just when we think it’s the right time. If we miss, we get another chance. That second chance gives us more favor to succeed. We now know the speed of the ball, we understand the weather may be against us and we adjust our stance, we don’t give up.

This is what Success is, giving our all and not giving up.

When a Girl Scout is challenged with selling a box of cookies, let her do it. Parents get tied up with

selling the cookies for the Scouts and this doesn’t teach them success. Let them brave the cold, allow them to design their speech, encourage them to knock on one more door. When we do this, we just may be looking at the next Mrs. President.

I was at a Photography Seminar one time and the Speaker told the group to study Napoleon Hill. I didn’t know who this was but I wrote the name down and soon after that I was in an antique store and found a book by Napoleon Hill titled, “The Law of Success”. I purchased the book and it took me over a year to read it but what I got out of 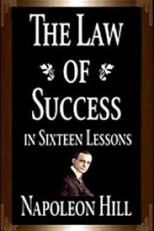 that book was nothing less than astounding. Hill talked about success the entire book and how we are all capable of success if we will have the get up and go to get what we want. He talks about having a Burning Desire for what it is that we want. So there you go folks. Here is the idea of what it takes to gain success. DETERMINATION to complete the Goal.

The Social Media Poster that I have created was inspired by everyone who responded and I thank you so much. The ones who talked about Determination captured the soul of the poster. What a joy and what fun this posting has been.

Thanks to the following:

God Bless you. “Good Things Are In Your Future”

This site uses Akismet to reduce spam. Learn how your comment data is processed.